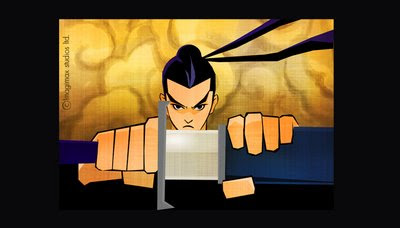 For the last few years I have been helping my friend, director/ producer Saksiri Koshpasharin develop his epic "Kung Fu" feature film..."Swordsman Legend". It's a personal project for Saksiri, and his crew at Imagimax, so a lot of love has been given to the art and story.

In my opinion, personal projects are the purest form of expression in animation, because the films aren't motivated by profit ... but by a passion for storytelling and art. Those are the sort of projects that I try to be involved with. Of course if those projects also make money for the artists... fantastic! But no matter how much money you have... you can't buy sincerity, and "heart". The elements that make a project really special. 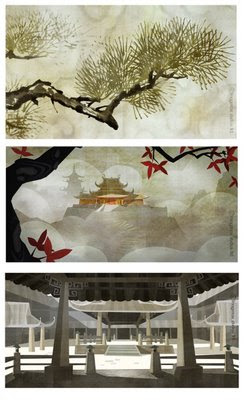 Above and Below: Some of my development sketches for the project. The characters are based on designs by Imagimax staff artists.

Saksiri wanted to explore combining elements of eastern, and western art styles. Here I have attempted to combine the feeling of Chinese ink paintings, with my own graphic sensibilities. To be honest, my personal style has been strongly influenced by Chinese woodcut artists such as Lu Ping, and Hong Tao, among others. 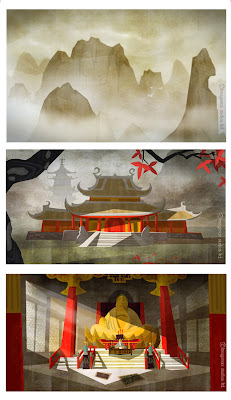 "Swordsman" is still in production, slowly being put together as the crew has time. None of these sketches are "finished" paintings... they are more like inspirational artwork. Every once in a while Saksiri will call me up and ask me to sketch up something new for him. The art department has created some amazing art since my initial sketches, taking the look to another level. I look forward to seeing Saksiri's dream hit the big screen in the near future. -tod 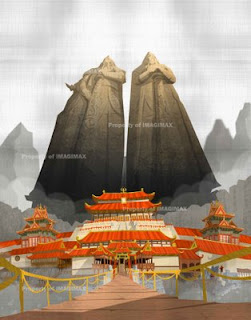 Song Of The Sea

-My pal Tomm Moore, and his crew at the The Cartoon Saloon are putting together a piece of animated poetry, a feature film project called "Song Of The Sea". Above is the teaser for Cartoon Movie. 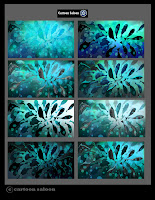 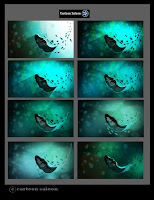 -Tomm asked me to do some inspirational sketches for the trailer exploring light and color, based on his storyboards. I sometimes take a "Shotgun" approach to color when I first get involved with a project, trying out a lot of different things until I get a sense of what the director is looking for. Even though I had worked with both Tomm and "Songs" art director, Adrien Merigeau on "The Secret Of Kells", both wanted to explore a different look for "Song". I have always been fascinated with "Lumage," a technique that involves animating cut-out plastic pieces on a light table... giving a backlit feeling to the images. Even though I was sketching digitally... I thought the feeling of "Lumage" would be appropriate to the "magical" quality of the story. 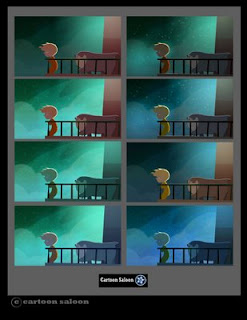 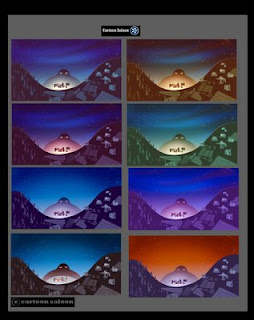 -Tomm and his crew are still developing the story and look of "Song of the Sea". To read the latest on the project please visit: