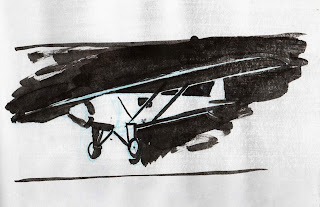 As a youth the story of Charles A. Lindburgh inspired and captivated me. Through the years I have played around with the idea of making a short based on his first trans-Atlantic flight. A friend of mine even built a 3D model for me as reference. Recently I bought a balsa model of the "Spirit of St. Louis" with a 34 1/2 inch wing span! 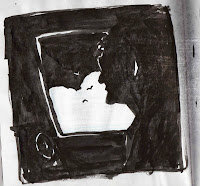 In honor of "Ink-tober" I decided to post a few of many quick inspirational ink sketches I did for the project. In these sketches I tried to explore Lindy's inner thoughts and feelings rather than simply re-telling his story. 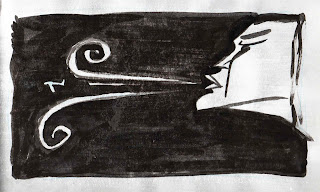 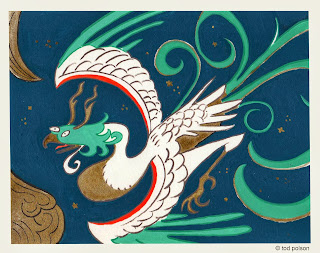 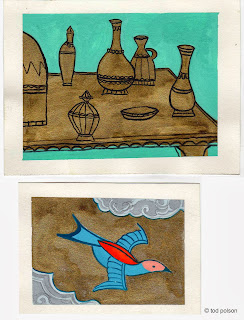 Above: Early concept sketches for "The Pumpkin of Nyefar."

I have long been an admirer of Persian and Turkish miniatures, and have always wanted to design a film in that traditional style. While researching "The Pumpkin of Nyefar" in Turkey years ago, I saw my opportunity, and made a number of small paintings inspired by the art I saw on tour. Much of my early concept art attempted to remain faithful to the style of the miniatures. But as the story of "Pumpkin" developed, and became more and more wacky. It was clear that the artwork needed to follow suit. 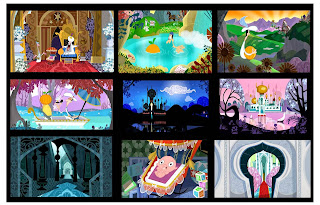 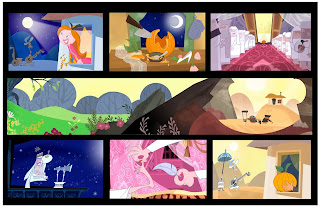 Above: Stills from "The Pumpkin of NyeFar. Character layouts by Mark Oftedal.

So instead of trying to replicate Turkish miniatures, I tried to create a look that better fit the story... but still contained elements of the miniatures that I so loved. One day I hope to have the opportunity to design a film that will allow me to explore this style further.