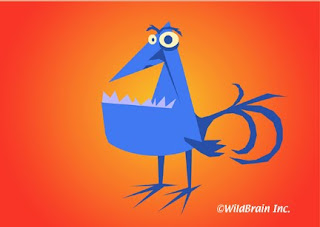 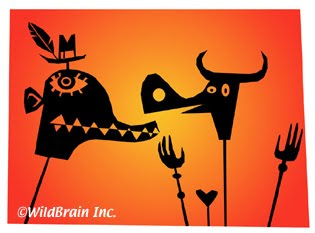 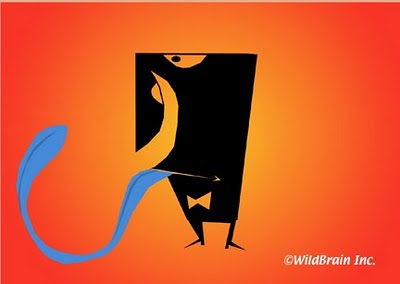 A number of years ago, I was asked to come up with some ad ideas for a popular fast food chain. In the mid 1990's I had worked with some shadow puppets on the island of Java, and thought it would be fun to make a commercial using "American" shadow puppets. Designing characters with simple shapes and colors, working digitally and traditionally I imagined making a "super" shadow puppet theater. To my surprise the client liked the idea too! Some development was made, but ultimately it was decided to go another route.
Posted by Tod at 4:45 AM 0 comments

A concept I've been kicking around for a few years. A tug of war between good and evil, heaven and hell in the animal kingdom. Some fun story ideas... but recently I discovered that there might be a similar concept currently in production in Europe. This will be the second time this year that a concept that is similar to something I've pitched recently has been put into production elsewhere! Frustrating? ... Yes! But... C'est la guerre!
Posted by Tod at 5:49 AM 0 comments