For a good part of the last year I've been helping a few of the young artists at "The Monk" studio put together the pre-production on a short film called "Nine Lives." We've been honing the designs, and animatic, which at long last are now complete.

The heads of the studio liked the first animation/ rigging test so much that they decided to render it, and make a small teaser as seen above.  The animation is  by none other than the famous David Notivoli.

"Nine Lives" is being developed by Wanichaya Phraejunya and Tom Zblur at the Monk Studio, Bangkok. Watch out for these two in the future, they are going to make some waves.
Posted by Tod at 9:21 AM 0 comments

Maurice Noble was arguably one of animations greatest design/layout artists. His innovative use of color and design was integral to many of the greatest cartoons of the "Golden Age of Animation", from the classic Disney features “Snow White and the Seven Dwarfs”, “Pinocchio”, “Fantasia”, “Bambi” and “Dumbo”, to more than sixty Warner Bros. cartoons with Chuck Jones. These include “What’s Opera Doc?”, “Duck Dodgers in the 24 ½ Century”, and the “Road Runner” series. Maurice co-directed and was production designer for the Academy Award winning short “The Dot And The Line”. He also designed the Christmas classic “The Grinch That Stole Christmas." The influence of his work is still being felt today. 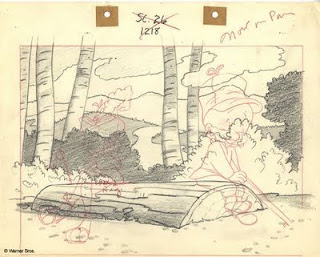 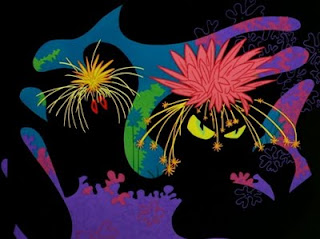 The last few years of his life, Maurice had been working on a design textbook that described his approach to design. Unfortunately he passed away before he was able to complete the text. For most of the last year I have been working with Chronicle Books in putting together what I hope will be the book that Maurice had dreamed of.  It will be chocked full of his pre-production art, notes, and thoughts from the master himself  describing his process. The book will also be full of reflections from folks that knew and worked with him. 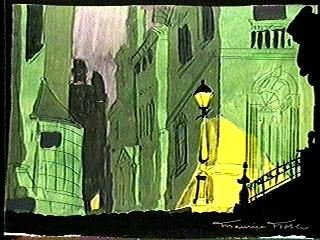 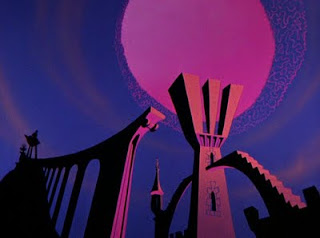 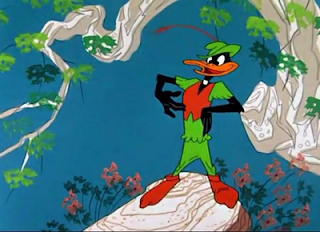 I submit the text to Chronicle Books this week, and if all goes according to schedule, Maurice's book will be on the shelves in 2012. 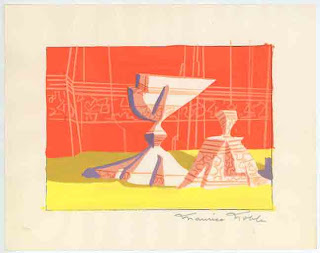 All above artwork was designed by Maurice Noble; Many thanks to the many collectors, and to Warner Bros, for allowing me to use the art for the book. And thanks to all the artists, friends, and fans who have given of their knowledge and time to help in this project. I will forever be indebted. Thank you- tod
Posted by Tod at 5:12 AM 19 comments