Noble Tales: A man and his dream 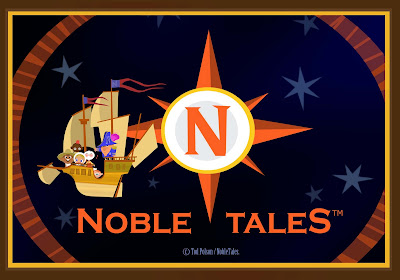 One of the most influential people in my career was my friend and mentor, Maurice Noble. He selected a small group of us right out of art school to train, and help him design projects at several studios in the Los Angeles area. This small group became known as the "Noble Boys". 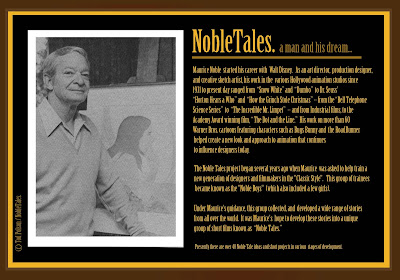 One of Maurice's assignments was to develop and design folk stories from around the world using ethnic art as inspiration.  We had all grown up watching Looney Tunes, and Disney.  Maurice wanted to push us out of our comfort zone... looking to folk art, instead of simply regurgitating old cartoon design styles.  The group of stories we developed eventually became known as the "Noble Tales".  Maurice thought the ideas we came up with were so good, that at the ripe young age of 86 decided to start a company, and market "Nobletales" as a TV series. 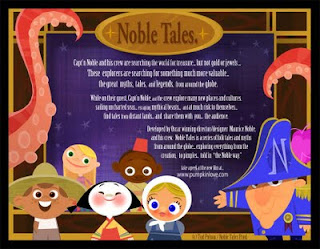 Above: One of the incarnations of "Noble Tales" I designed... with a Captain Noble, and his crew as "host".
We pitched "Nobletales" all over town... and while many studios liked the concept... they felt it would be difficult to market a group of shorts as a series. They needed reoccurring characters to tie everything together... and of course, sell toys.  So we developed a number of main character concepts... from Aliens, to an old explorer in a flying ship. 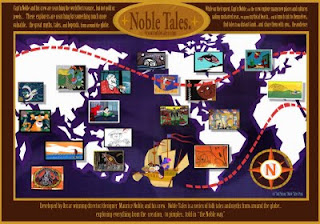 Above: A few of the "NobleTales" stories developed by Maurice and the gang.
We have yet to launch NobleTales as a series... I keep making shorts as I have time and money... mostly because I just like making short films. "Al Tudi Tuhak", "The Pumpkin of Nyefar", "Escape of the Gingerbread Man!!!", and at the time of this post, have just completed a rough animatic of "To Be a Cow", narrated by veteran actor Soon-Tek Oh.
Note: The Nobletales website is currently not working. I am hoping to relaunch the site soon.
Posted by Tod at 7:42 AM 2 comments

The "River of Kings IV" concept revolved around the legendary Himaphan forest, and a brave warriors quest to find the one true king. 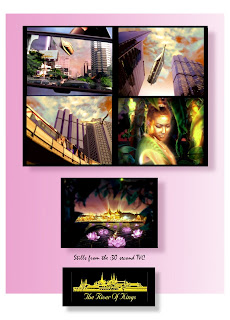 Above: Stills from the final TVC.

I was asked to design, and direct the advertising campaign for the show... appealing to an international audience. I thought it would be nice to show that old Thai myths, and legends were still very much alive in modern Bangkok. Having creatures from the Himaphan forest roam around the city.

For a number of years, the king of Thailand's oldest daughter would host a musical show on the Chaopraya river in Bangkok. The shows were usually big events based on Thai legends, or history. 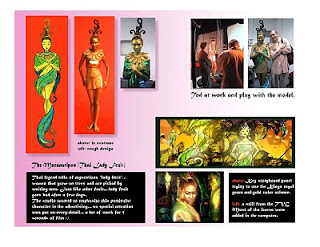 Above: Some of the promo material for the commercial... showing the process of design, rough boards, and a final film still.

The TV commercial was a mix of live-action, and 3D animation. It was a challenge, because at the time I had little experience with either medium. I was asked to direct the ads for a later production. But unfortunately the show was cancelled because of the tsunami.
Posted by Tod at 3:45 AM 0 comments