A great interview for Alex Williams of FLIP! regarding the making of Maurice Noble's design book " The Noble Approach." To check it out ... please click HERE. 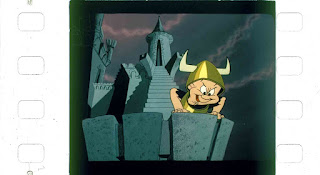 Above: A few Maurice Noble images from the article.

"The Noble Approach; Maurice Noble and the Zen of Animation Design" is available for pre-order at Amazon.com
Posted by Tod at 4:15 PM 0 comments

With the book nearly complete I have had a bit more time each morning to stretch my wings ... so to speak... working up some sketches just for fun. These particular sketches are inspired by a field of Black Headed Gulls I pass on the way to the Animation Workshop where I've been teaching the last few weeks. The gulls of Denmark are quite a bit different than most of the birds we observe in Thailand and Wyoming. Fascinating critters.
Posted by Tod at 7:30 AM 0 comments 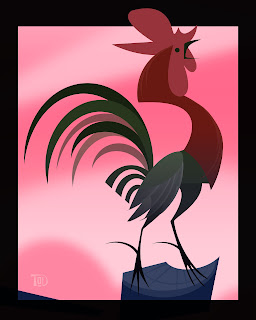 This year I made a sketch to commemorate our 3rd year anniversary, as well as On's birthday. I tried to hide a number of 3’s in the design, and chose a cockerel because of the beasts my father-in- law raises at our home in northern Thailand. We have many fond memories of them waking us up long before the crack of dawn. -tod 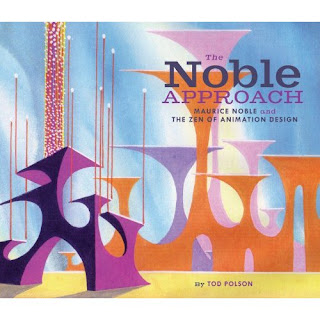 The Noble Approach is at last available for pre-order on Amazon!

Release Date: May 31, 2013
This extraordinary volume examines the life and animation philosophy of Maurice Noble, the noted American animation background artist and layout designer whose contributions to the industry span more than 60 years and include such cartoon classics as Duck Dodgers in the 24 ½th Century, What's Opera, Doc?, and The Road Runner Show. Revered throughout the animation world, his work serves as a foundation and reference point for the current generation of animators, story artists, and designers. Written by Noble's longtime friend and colleague Tod Polson and based on the draft manuscript Noble worked on in the years before his death, this illuminating book passes on his approach to animation design from concept to final frame, illustrated with sketches and stunning original artwork spanning the full breadth of his career.
Posted by Tod at 12:46 PM 0 comments