A while back I was asked to put together a pitch for a short film project set in a tropical jungle. The star of the film was to be a small monkey, who was to play on the lost "monkey" ruins. 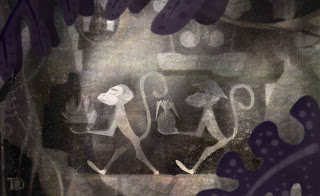 A sort of mood pass on the environment... exploring texture... inspired by trips to Angkor Thom. 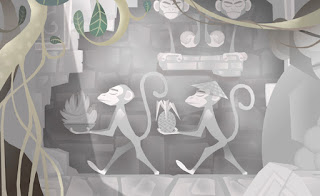 An earlier pass on the environment... exploring shapes.

A rough 3D model was started... but we ran out of time to really hone it. Ultimately the job was awarded to another director... but there are things in this pitch that I really like.
Posted by Tod at 7:52 AM 2 comments