Howl! At the Cartoon Art Museum

The Cartoon Art Museum in San Francisco will be putting on an exhibit featuring the art from the movie "Howl"  from May 14 – September 11, 2011


I served as the animation art director, and animation production supervisor on "Howl." 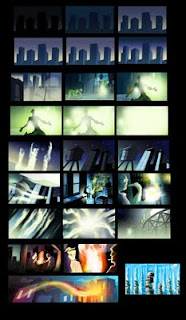 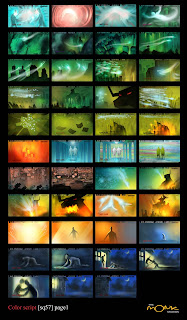 Above: A few colorscript panels from the movie by me, and the art team at "The Monk."
San Francisco, CA: Rob Epstein and Jeffrey Friedman's film, Howl, produced by Werc Werk Works, opened the 2010 Sundance Film Festival. Featuring James Franco as the beat poet Allen Ginsberg, the film took an experimental approach to documenting the creation and performance of Ginsberg's revolutionary poem, "Howl"– as well as the obscenity trial that followed when, after undercover policemen purchased copies of Howl and Other Poems from City Lights Bookstore, the state tried to suppress its publication. The film blends glimpses of Ginsberg's personal life, recreations of the obscenity trial, and animated sequences that accompany Franco's performance of the poem, riffing on its ideas and images.
The Art of Howl gives a revealing look behind the scenes at the creative process of turning poetry into animation. The film directors enlisted Eric Drooker to design the animation; Drooker, a graphic novelist and painter, was friends with Ginsberg and had collaborated with him on the book Illuminated Poems. John Hays, a San Francisco-based animation veteran, directed the sequences, which were animated by The Monk Studios in Thailand. -from comic art news 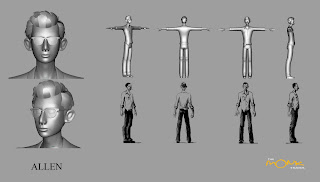 Above: A young Allen Ginsberg modeled at The Monk Studios, based on Eric Drooker's drawing. The museum exhibit will show the process used in making the animated portions of "Howl." 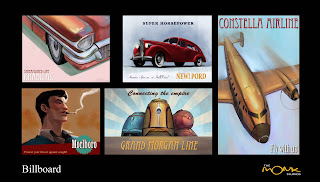 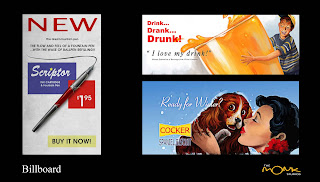 Above: Backgrounds, and concepts for billboards by the art dept at "The Monk."
Posted by Tod at 9:55 PM 0 comments

A while back I was asked to create some location designs and color script for a T.V. show. This was an established show, so the director wanted to keep the basic feel of the series, but push things a little bit further for the special. The time frame was super short, so I recruited a few friends, including my wife On, to help me brainstorm. 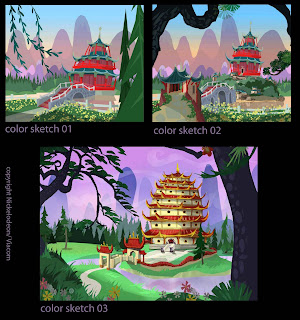 Above: Evolution of a location.
Above, some rough sketches for the "Bear Castle" location.  I was asked to do something in sort of my "normal" style, but different. It took me a few sketches to "warm up" to the world I was trying to create.

Above: An overview of the valley.
The characters in the story were at war, so I tried to contrast two different kingdoms, but also tried to keep them in the same world. We had a wide variety of location designs to make in a very short, and intense period of time. After the initial locations were designed, I was asked to create the color script based on the storyboard. The final show was to be made in flash. So I recruited On again, who is a flash master, to help me put the color script together using pre-made flash symbols. 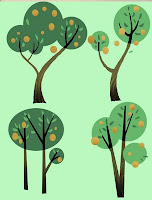 Above: Tree experiments.
Since a good part of the story took place in the forest, I played with various tree shapes. The art director wanted something "flat but dimensional."   The trees above were found to be "too flat", but lead to some other shape ideas.

I always find it a fun challenge to build a graphic world for characters to live in.
Posted by Tod at 2:16 AM 1 comments

"Escape of the GingerBread Man!!!" premieres in America 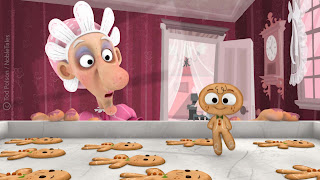 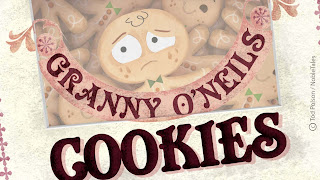 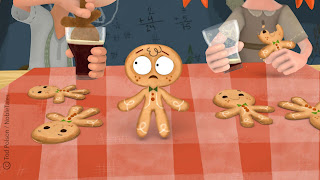 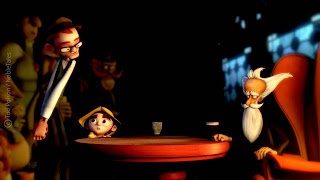 Above: Stills from my new short film "Escape of the GingerBread Man!!!"

The first screening of Gingerbread will be at the


A huge thanks to everyone who helped make this film possible.  Particularly "The Monk Studios" Bangkok, and the "Animation Workshop" in Denmark.  I'd also like to thank the numerous friends who have so generously given their time, and talent over the last few years.


The festival marks the films first public screening, and first festival win! Thanks again- tod
Posted by Tod at 6:22 AM 4 comments