It's hard to believe that it's been exactly twenty years since I finished my undergraduate degree. My final film project was called "F," and explored the Asian American experience of the early 20th century. Hopefully one day I will be able to transfer the project to digital format. 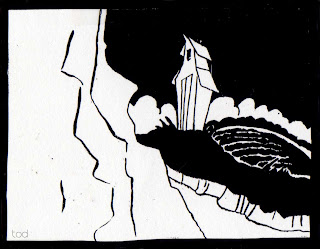 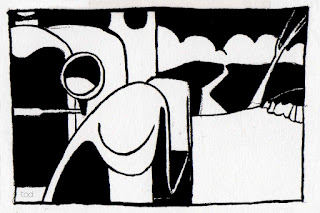 Above: Exploratory ink sketches from the film... inspired by artists such as Lynd Ward, and Rockwell Kent. It was "F" that led to a job with Chuck Jones, and Maurice Noble. Unknown to me, Maurice was also a huge fan of woodcut artists from the 1930's... and had been looking to train young artists that had influences outside of animation.

all images copyright Tod Polson
Posted by Tod at 8:57 AM 5 comments