Recently I was asked to make some key-frames for a commercial based on a line of historic dolls. These key-frames were to show the client what I thought the final commercial might look like. From these the client would decide if they wanted to have us produce the commercial spot or not. These particular key-frames were art directed by me, and painted by my wife On, our friend Ton, and myself over an afternoon. Our pals at "The Monk" also did some other passes in a more cartoony style which I haven't posted here. 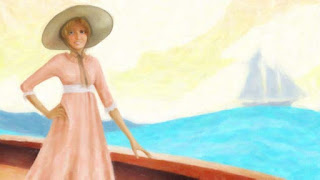 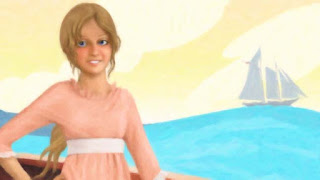 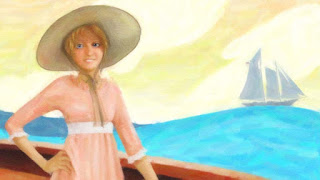 Above: A few variations on a theme.
I've been a huge fan of Aleksandr  Petrov for many years, and wanted to try something simple and poetic in his paint on glass style. Though we wouldn't actually be painting on glass in the commercial spot... we have been working on ways to get a similar effect digitally.
Above, An inspirational segment from Petrov's 2006 film "My Love." For those of you not familiar with Petrov's work, he paints the animation on glass with oil paint on his fingers. Much like finger painting. An incredible artist.
Posted by Tod at 4:26 PM 0 comments

It's that time again, when the Animation Workshop rolls out it's new line of fabulous student films. If you haven't seen them already please click the link below to watch.

I wasn't as involved with the films this year as in years past... but as always the creativity and  passion of the students is inspirational to me. I'm a fan! A big congratulation to all the new graduates!
Posted by Tod at 5:35 AM 2 comments